We’re thrilled that some of you have been reaching out and asking how to get involved in the process of the Task Force and in building great racial equity in West Palm Beach.

Want to get involved? Here’s how!

1. Review the policy recommendations proposed by the Task Force!

After months of deliberation, the subcommittee members have finalized and submitted their recommended policy ideas based on community input and research to the Task Force. After careful consideration, the Task Force will submit its final recommendation report to Mayor Keith James and the City Commission. Review the policy recommendations from each focus area below!

2. Help subcommittees learn about community needs by completing these surveys!

Each survey only takes 5 – 10 minutes to complete. The information you submit will remain anonymous.

4. Follow the Task Force on Facebook and use social media to help spread the word about its progress.

Thank you to all those that attended the June 12th Action Summit! 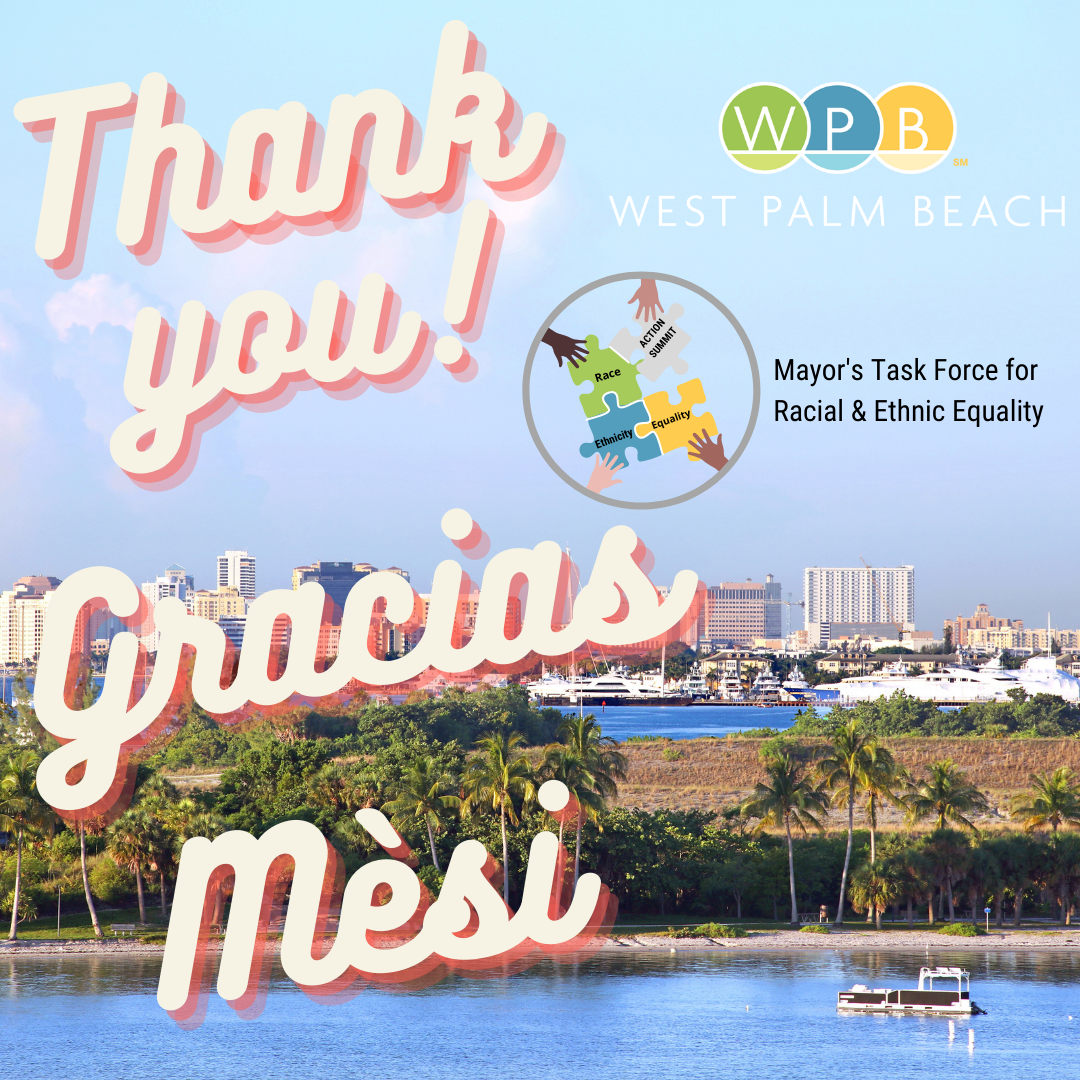 Thank you to everyone who joined the Action Summit at our satellite locations!

In an effort to ensure that all members of the West Palme Beach community could access and attend the Action Summit, we partnered with six (6) satellite locations to offer a space for residents who have limited or no access to the Internet to attend.

Most locations had a monitor through which residents watched the Summit and others had individual computers where participants logged on to participate. Each location had an in-person facilitator who led group discussions throughout the Summit and relayed their responses to the rest of the Summit participants.

Thank you to the following satellite locations for hosting:

We Thank Our Task Force Champions!

I think individuals within Palm Beach County should want to be involved in the Task Force for a variety of reasons including working together for racial justice and building the necessary connections within West Palm Beach aiming to combat racism and discrimination from happening within our communities and to our youth.

This Task Force will also allow for relationships to be formed, which could benefit businesses and careers within the process to ensure that we all rise together. Along with ensuring that your voice is heard amongst many others when it comes to making West Palm Beach an equal and diverse community for all.

The first Task Force Champion we’d like to recognize is Robbriannia Johnson, Director of Equity and Justice Services with the YWCA of Palm Beach County. She received her Master’s degree from Florida Atlantic University in Criminal Justice and is currently pursuing my PhD in Human Services with a concentration in Social and Community Services.

In addition to volunteering to help spread the word about the Task Force, Robbriannia is involved with a host of organizations including the Girls Coordinating Council of Palm Beach County, Martin Luther King Jr. Coordinating Committee, League of Women’s Voter and with the Women’s Foundation of Florida.

On April 30th, the YWCA of Palm Beach County will be holding its 8th annual Stand Against Racism luncheon virtually.

Thank You to All Who Participated in the 2020 West Palm Beach Racial and Ethnic Equality Action Summit!

Participants shared their ideas, voted on their priorities, and learned about the history of racial inequity in West Palm Beach and its present-day racial and ethnic disparities. They heard from elders in the community, as well as Mayor Keith James.

In 18 facilitated breakout rooms, and in three separate sessions, participants shared their views on one of the five policy areas that are the focus of the West Palm Beach Mayor’s Task Force on Racial & Ethnic Equality: 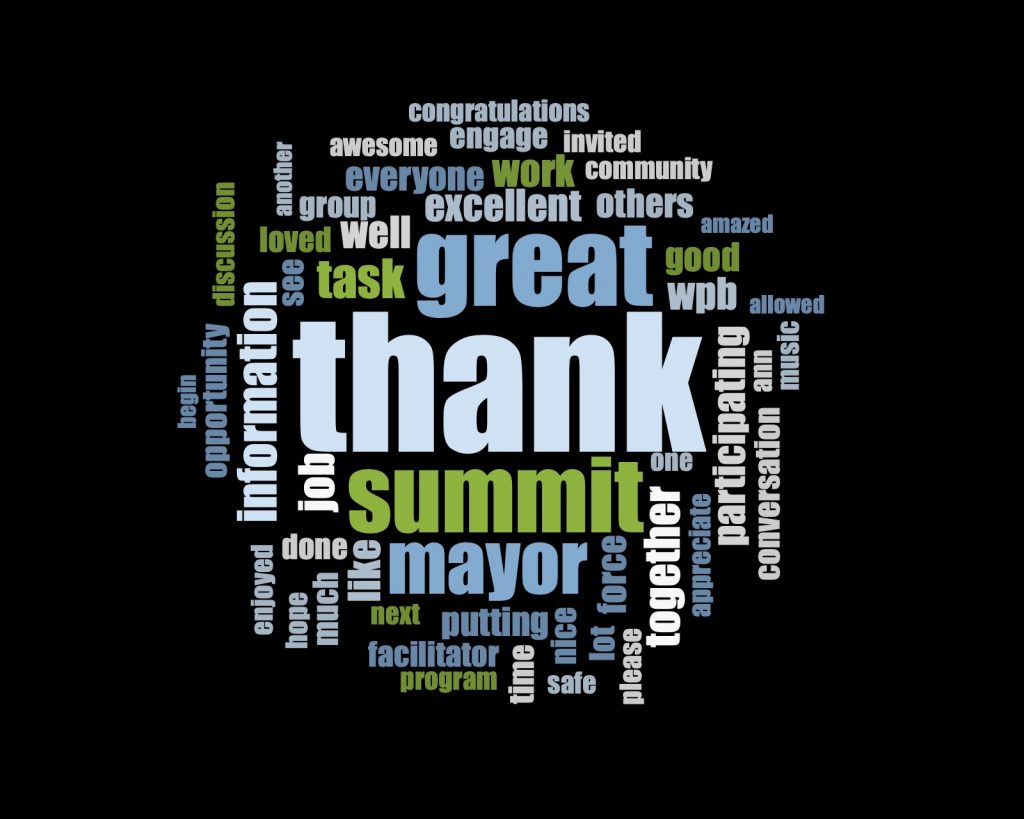 The word cloud above was created from the comments we received from participants (see more comments below).

Miss the June 12, 2021 Action Summit? View the video of the summit below. Please note that it doesn’t show one of the highlights of the Summit: the small group conversations in breakout rooms, since we were conducting the Summit via Zoom.

Praise for the Summit

Below are some of the comments we’ve received in response to the Summit:

The outcomes of the Summit are being shared with the five working groups (subcommittees) which are preparing recommendations to give to the Mayor.