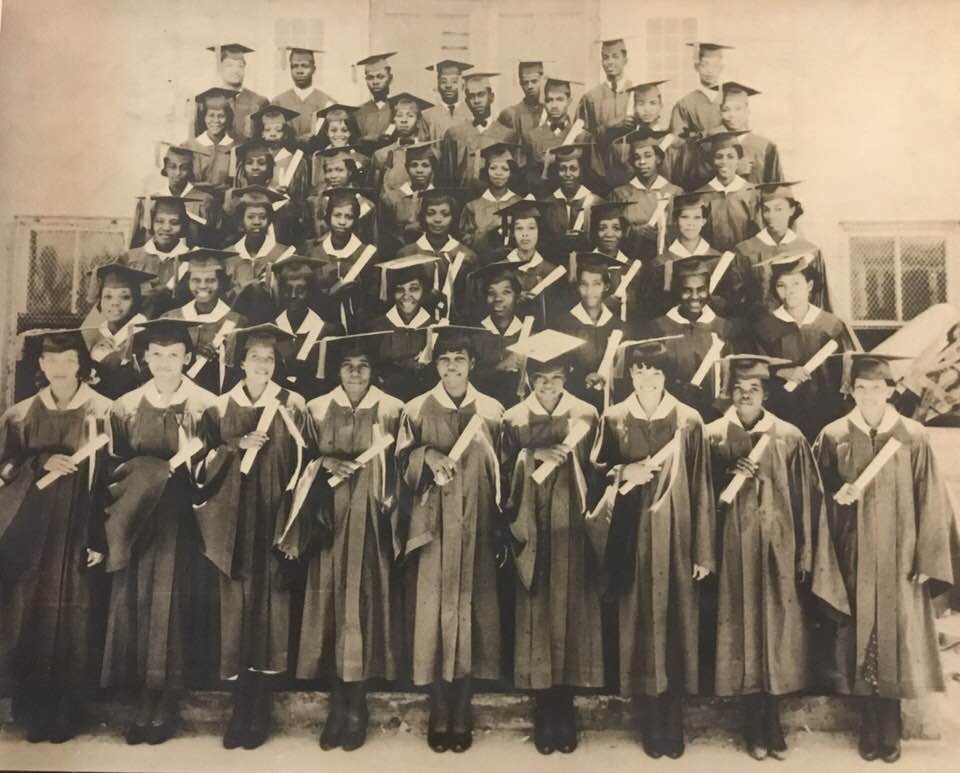 Business owners in West Palm Beach include Dr. Thomas LeRoy Jefferson, the first black medical doctor and Dr. Warren Hale Collie, one of the first black dentists to practice in Palm Beach County. Collie is a veteran of World War I, where he served in France as a dentist with the 808th Pioneer Infantry.

Coleman Park is home to black doctors, attorneys and teachers. Dr. Hampton Jackson, who grew up on 21st Street and Division Avenue, becomes a successful physician; later in his life he operates on President Reagan’s knee.

James “Cracker” Johnson, a bootlegger and entrepreneur, is one of West Palm Beach’s most successful businessmen–and not just among African Americans–during the Great Depression. He contributes a great deal to West Palm Beach’s infrastructure, donating funds for a black hospital.

According to lifelong Coleman Park resident Earl Wilkins, Coleman Park “was a real beautiful community.” Its Tamarind Avenue business district bustles with black-owned grocery stores, clubs, beauty salons and a library. On Friday nights, residents walk up and down Tamarind on their way to Lincoln Park to watch football games at all-black Industrial High, and later Roosevelt High.

One resident is Josh Gibson, considered one of the best power hitters and catchers in the history of any league. “This was the heart of the Negro League,” said James Irving, vice president of the Coleman Park neighborhood association. “This is sacred ground and it just never got the recognition.”

The Northwest neighborhood home of Alice Mickens at 801 4th St. hosts many famous people, many of whom stay at the Mickens rooming house across the street. On their large front porch, Alice Mickens chats with A. Philip Randolph, a civil rights activist who in 1925 organized and led the Brotherhood of Sleeping Car Porters, the first predominantly African-American labor union.

Mickens is herself an activist. Another guest at her home is Mary McLeod Bethune, who founded Bethune-Cookman College in Daytona Beach in 1929. Together, they work to get women the right to vote, aware of the particular barriers for black women. By 1920, 36 states ratify the 19th Amendment passed by Congress, which gives women the right to vote, yet not every state votes to ratify it at the time. In fact, Florida does not ratify the 19th Amendment until 1969!

Both Mickens and Bethune also work together to raise funds and persuade the state Legislature to provide a home for young black women faced with prison sentences.

The Lakeside Cemetery Association is unable to maintain “the Colored Cemetery.” It donates it to the City of West Palm Beach without restrictions, and no further burials take place. The City converts the cemetery to a public park known as Dixie playground, which it later renames Flamingo Park.

The Sunset Lounge is built in 1926, and becomes a landmark in Northwest. It hosts jazz big band legends like Duke Ellington, Lionel Hampton and Louis Armstrong. 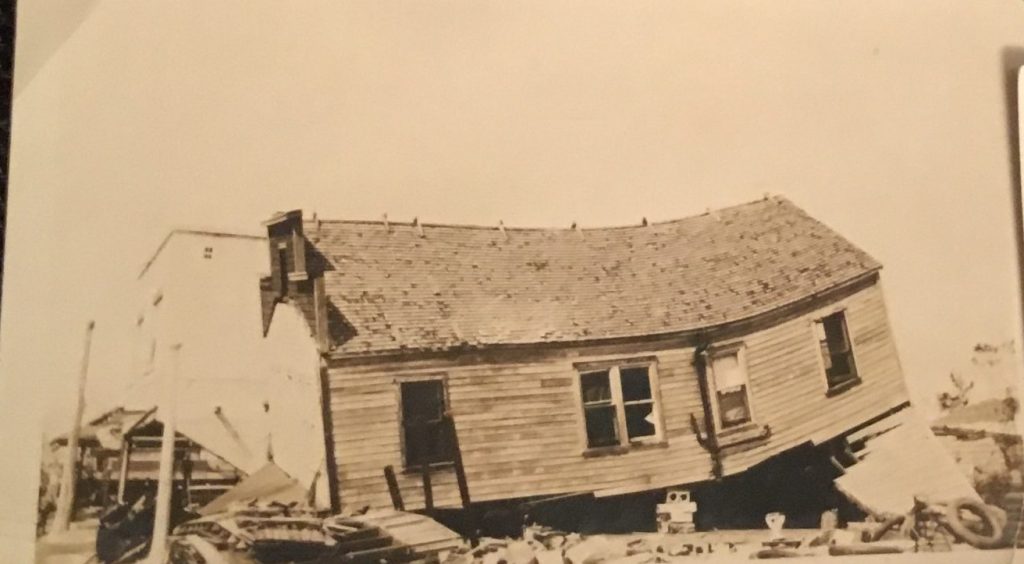 West Palm Beach resident Gwendolyn French has shared this photo of her grandparents’ home after the 1928 hurricane. The traditional Florida shotgun house was located on Tamarind between 13th & 14th. Her mother was a teenager at the time of the storm.

In 1928, a hurricane (on September 16) comes ashore near the Jupiter Lighthouse and travels west across Palm Beach County to Lake Okeechobee. It devastates communities along the coast, with flooding killing between 1,800 and 3,000 people.

Many of the fatalities occur when the Lake Okeechobee dike collapses, flooding the populated south side of the lake. In West Palm Beach, 69 white victims are placed in a mass grave in Woodlawn Cemetery and 674 African Americans are interred in the city’s unmarked pauper’s burial field at Tamarind Avenue and 25th Street.

Many others are never found.

On October 1, 1928, a city-proclaimed hour of mourning for the victims is observed. Memorial rites are conducted simultaneously at both of the burial sites. At the pauper’s cemetery, black educator and anti-lynching activist Mary McLeod Bethune reads the mayor’s proclamation to the 3,000 people attending the ceremonies.

On November 20, 1929, a city ordinance uses boundary lines to mark Pleasant City and the adjoining black Northwest neighborhoods as the “negro district.”

In the 1930s, most black Palm Beach County residents live in areas between “Dixie Highway” and what is now I-95. Overcrowding pushes blacks north into Riviera Beach  between the two sets of railroad tracks.

Black businesses continued to grow, and not all of them were run by men. According to West Palm Beach native Gwendolyn French, her grandmother Ella Gilbert was one of the finest and most sought out seamstress in West Palm Beach. She made the caps and gowns for the American Red Cross and sewed dresses and other articles of clothing for the wealthy and prominent residents in Palm Beach. 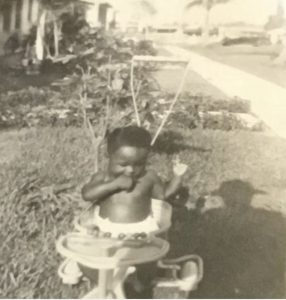 Dunbar Village. Photo from the collection of Gwendolyn French. 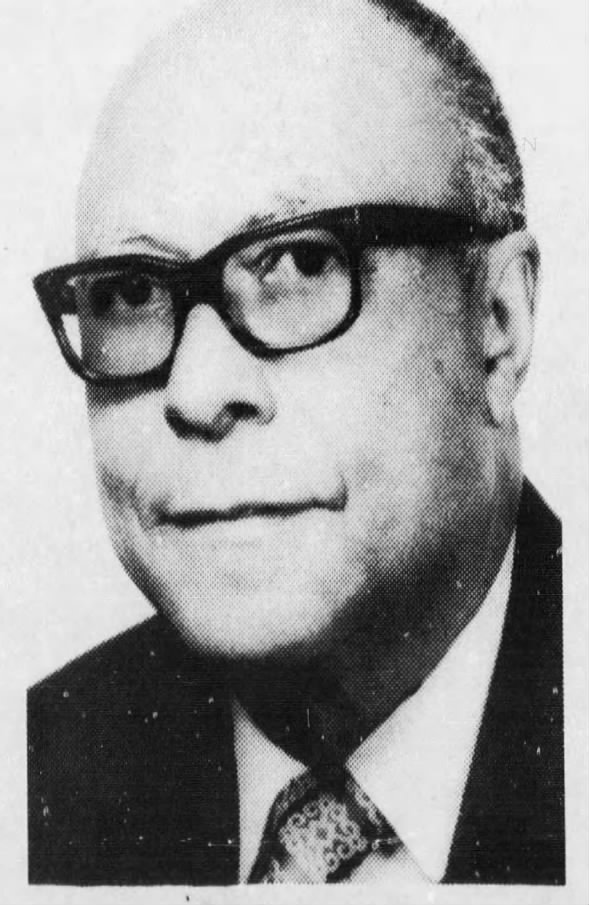 22 Feb 1972, Tue The Palm Beach Post (West Palm Beach, Florida) Newspapers.comIn 1940, Clifton G. Dyson opens up a drugstore in West Palm Beach and becomes a registered real estate developer and broker. He had graduated from Fisk University, where he had served as president of the famous Fisk Jubilee Singers and a member of the prestigious black fraternity Alpha Phi Alpha.

In the decades to follow, he becomes the first black member of the Florida Board of Regents, an associate trustee of Bethune Cookman College, president of the Gulfstream Goodwill Industries, member of the West Palm Beach planning board, the Bi-Racial Committee of Palm Beach Public School Council, the Palm Beach County Housing Authority, and the Executive Board of the Boy Scouts of America. He is awarded honorary degrees from Florida A&M University and Edward Waters College; he receives numerous awards as well, including the Boy Scouts Beaver Award.

These schools are “the glue that kept the community together,” according to Bettye Dawson, who grew up in Northwest and is a 1950 Industrial graduate. Cultural events and assemblies occur throughout the year, and morning chapel features guest speakers, choral and band concerts.

A University of Miami study characterizes the black neighborhoods of West Palm Beach as congested slums.

Attorney Bill Holland files a landmark state lawsuit against Palm Beach County school district, in order to desegregate the schools. “Because of the racial patterns in the county, it required the movement of blacks from one end to the other,” he says.

The city requires Perini to start with housing for African Americans. On 500 acres west of the Northwest and Pleasant City communities, between Lake Mangonia and Clear Lake, Perini adds moderate-income Roosevelt Estates.