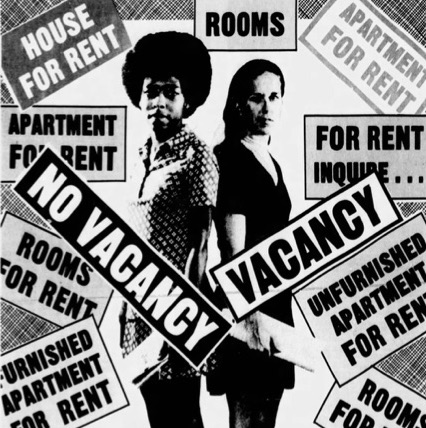 In the 1960s, the West Palm Beach Housing Agency begins to buy property in Pleasant City, flooding it with scattered-site housing for income-restricted residents: 132 apartments in 33 quadplexes. Residents are stereotyped as drug addicts and welfare mothers.

According to former West Palm Beach Mayor Joel Daves, “The authority brought all these low-income people into a neighborhood that was already on the way down and washed their hands of it. The authority let the tenants basically trash everything.”

In remarks about the project in 2002, Isaac “Ike” Robinson Jr., then West Palm Beach’s only African-American commissioner, explains that “Pleasant City was a neighborhood of homeowners before the authority moved in.” He calls the housing authority “the biggest slumlord in the city.”

These characterizations of poor (and black) residents as the cause of poor housing conditions ignored other forces at work at the time, like job discrimination, unjust treatment by the criminal justice system (well-documented in the book, The New Jim Crow), huge disparities in the resources provided to black schools versus white or predominantly white schools, disparities in terms of access to medical treatment, racial bias in schools and other institutions, etc.

Policies, practices and racial attitudes continued to shape the lives of local residents and the built environment in which they lived. Racial segregation continued to make its mark, even after it was made illegal. Integration brought unforeseen consequences, too, like less patronizing of black businesses.

At the time the construction of I-95 begins in the late 1960s, US-1 (Broadway Ave) Corridor is the main corridor and the economic driver for the City’s Northend communities. It is the main route residents use to travel from the Northern/Eastern sections of Palm Beach County into downtown West Palm Beach, and many of its small hotel/motel businesses cater to vacationers traveling to Palm Beach County. The construction of I-95, which continues into the 1970s, leads to Broadway businesses relocating west to the 1-95 corridor and the Palm Beach Mall, leaving businesses struggling to survive, and results in an economic downturn for Northend neighborhoods.

The City is then divided into four unique sections: Southend, Downtown, Western and the Northend. Few resources go to the Northend in the years to follow; it loses out in the competition for funds. As longtime resident Robert Taylor, CEP, explains, it becomes the city’s “Sacrifice Zone,” leading to growing inequities that persist to this day.

Thanks to longtime efforts by the African American law firm of Holland and Smith based in West Palm Beach, the school system in Palm Beach County begins a slow process of desegregation. To comply with one ruling, in 1961 Palm Beach County offers a plan that results in the transfer of four black students to white high schools.

Clarke founds a chapter of the black National Business League and tries to foster a Pleasant City commercial district on Northwood Road.

The West Palm Beach Housing Authority is building new homes and takes over administration of the federal Section 8 program of rent vouchers for the poor.

In 1970, Gwendolyn Cherry–who inherits a home in the Northwest neighborhood–becomes the first Black woman to serve as a legislator for the State of Florida. She introduces the Equal Rights Amendment, the Martin Luther King, Jr. state holiday, and other legislation. She is elected to four terms and serves until 1979. She works with many to remove the barriers to equal opportunities for women and persons of color.

Cherry’s house briefly houses a Palm Beach County Black Historical Society, but it is vandalized and later burned down in a fire, destroying its records. 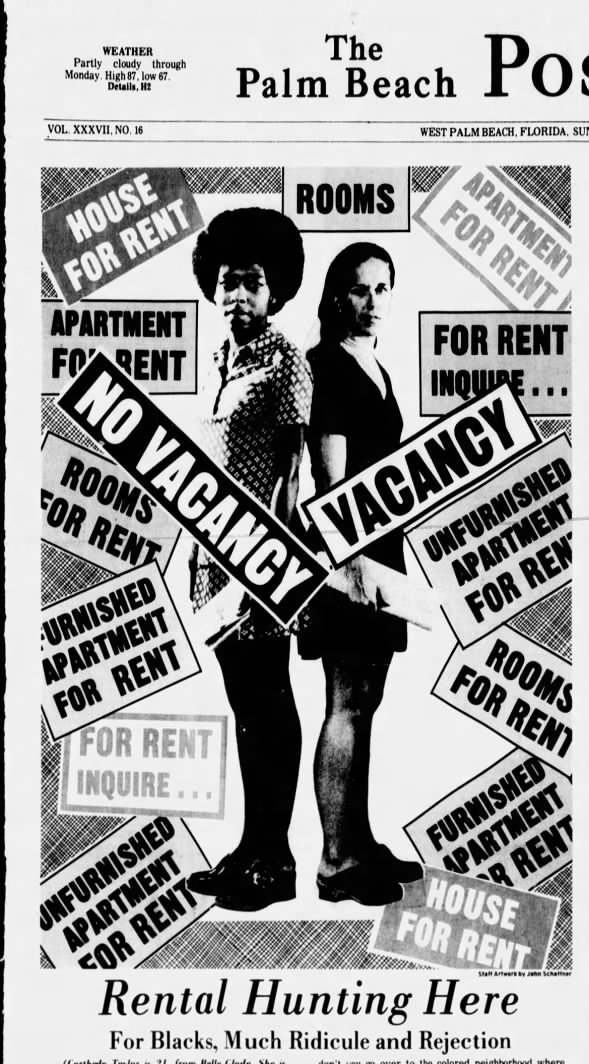 Florida introduces statewide examinations for every level of education. When it launches a literacy test in 1977, 78% of black students flunk the test, compared to 25% of whites.

In the court case Debra P. v. Turlington, plaintiffs file a class action lawsuit against Florida Commissioner of Education Ralph Turlington, challenging the Florida competency test graduation requirement. They claim that the test and/or the testing program are racially biased and violate the 14th Amendment. They also claim that students are not given adequate notice of the competency requirement nor enough time to prepare for the test. Plaintiffs sugget that the remediation program is in effect”resegregating” the public schools.

In Florida, teachers are provided the competancy objects only four months before actual testing is to begin.

The District Court rules that the Florida competency test cannot be administered fairly at the present time. The school authorities must refrain from using the test as a graduation requirement until the 1982-83 school year. African Americans are often given “certificates of completion” in Florida, and these are not considered a diploma for purposes of state employment or higher education. Florida hires only 10% of its labor force from those who lack high school diplomas. Only those with recognized diplomas receive acceptance into the state universities.

Moreover, many of Florida’s competency tests profess to measure “adult life skills,” even when schools do not offer instruction in these areas. After three tests had been given, for example, slightly more than twenty percent of the black students failed all three compared to two percent of the white students.